I stepped out on to the balcony in Ronda and watched color return to the valley below as squawking flocks of Red-billed Choughs wheeled overhead. It was a dramatic, marvelous scene to wake up to, but we weren’t lingering to take in the view. Shortly after sunrise, we started out through the labyrinthine, narrow streets to collect our car from the parking lot. A few Eurasian Siskins could be heard chittering in the trees nearby before we hit the road. Our plotted course for the day was based on a combination of productive-looking eBird hotspots and nearby locations mentioned in Andalucía Bird Society blog posts. The amount of detailed information readily available on the internet really helped to make this trip as successful as it was!

A pair of Long-tailed Tits briefly popped into view in a bush along the road as we came around a descending switchback. Miriam unfortunately missed getting a look at the adorable little fluffballs, and when we arrived at Cueva del Gato she had similar bad luck with a here-then-gone Coal Tit. Not to be deterred, she was the first to spot a Gray Wagtail foraging at the edge of the stream, and she also got to enjoy Eurasian Wren, Blackcaps, and her ever-favored cormorants. We next headed towards the Llanos de Libar area of Sierra Grazalema National Park, working our way along a rough, unpaved road through some prime alpine habitat. The rocky conditions eventually got bad enough that we decided not to push our luck any further. We had to stop short of the oak grove that apparently lay some distance ahead, but I caught sight of Black Wheatear, Rock Petronia, and Rock Bunting before we made it back to the concrete.

A swirling storm of Crag-Martins and some distant Great Crested Grebes floating on a reservoir were the most interesting discoveries in the vicinity of Zahara de la Sierra, a picturesque little town perched on the mountainside. They had a castle and everything! The area seemed to be a corvid hotspot, featuring a pair of ravens, a lone Jackdaw, and a small gathering of choughs. We noticed that large groups of Eurasian Griffons were starting to take to the skies above the rocky crags, and I’d heard from local experts that eagles can often be observed soaring above these circling masses of vultures. We started driving higher into the mountains, pausing at Garganta Verde to check for activity. It was a super birdy site, but most of the tiny songbirds that sounded interesting stayed well-hidden in the brush. 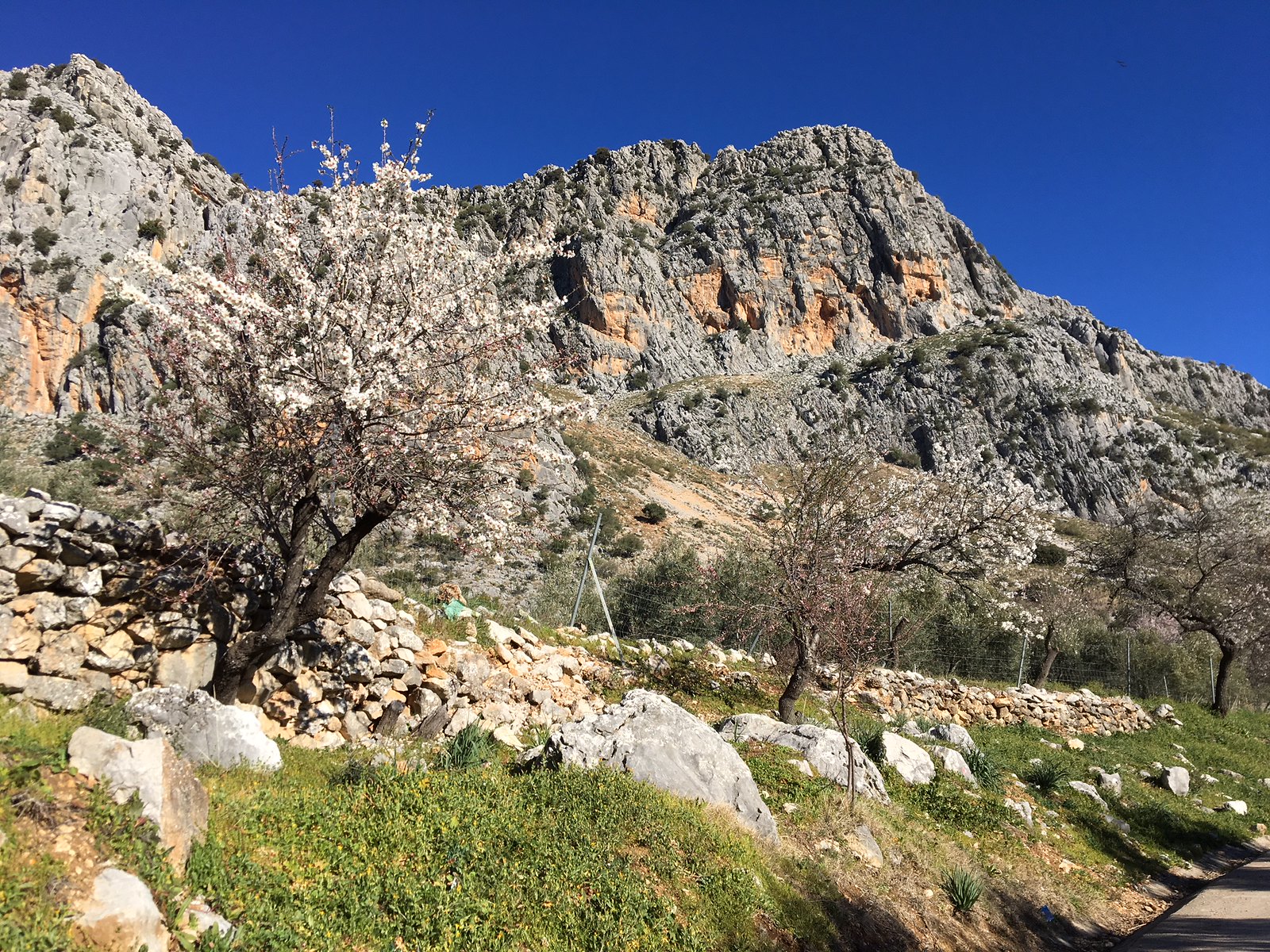 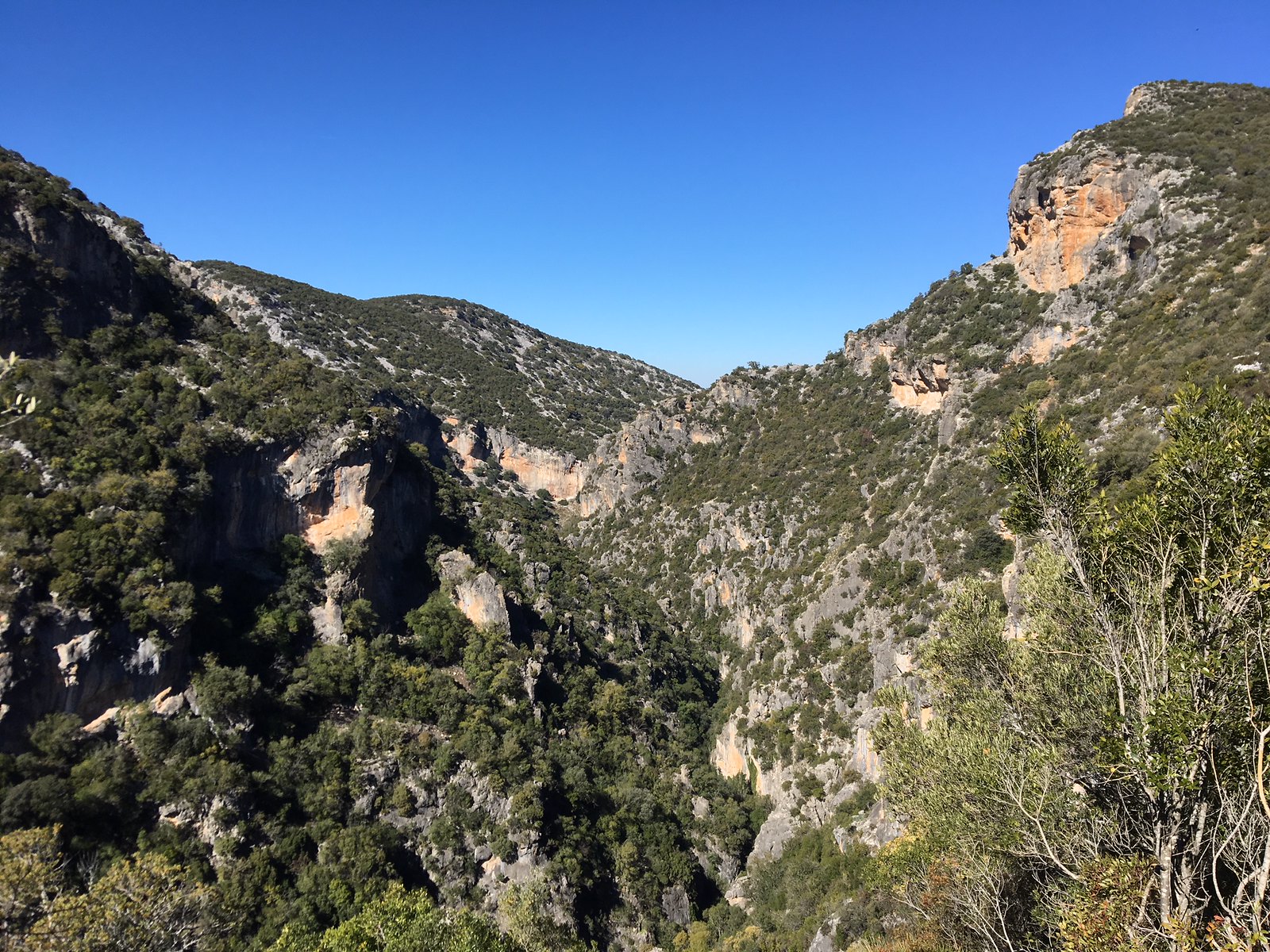 Eventually we arrived at a popular mirador, or lookout, called Puerto de las Palomas. Previous reports had spoken of Ring Ouzels, Blue Rock Thrushes, and Alpine Accentors that frequented the rocky slopes nearby. We found no sign of the smaller species, but the griffon show was pretty spectacular. A constant stream of the giant raptors flew past us at close range as they departed their roosting cliffs to forage for carrion. Some of them provided incredible views while moving along the ridgeline between thermals. We also enjoyed the company of a pair of amorous Peregrines, watching as they prospected potential nest sites and courted one another. When we finally returned to the car and prepared to leave, a Golden Eagle appeared high above the parking lot. It had been too long since I’d seen one of these majestic predators, and it was a much-anticipated lifer for Miriam. 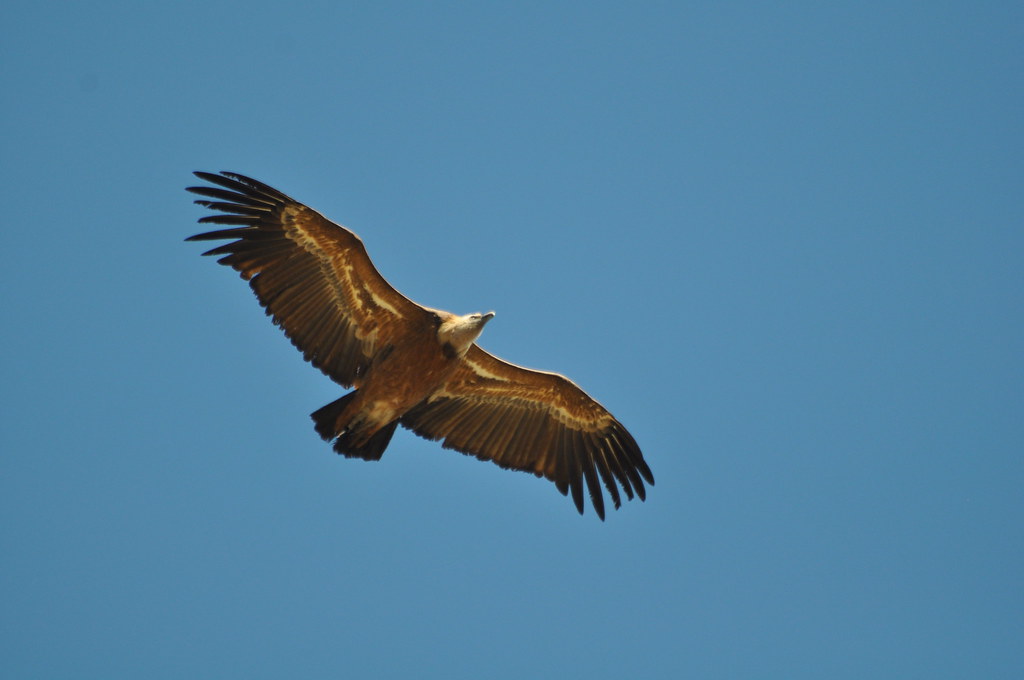 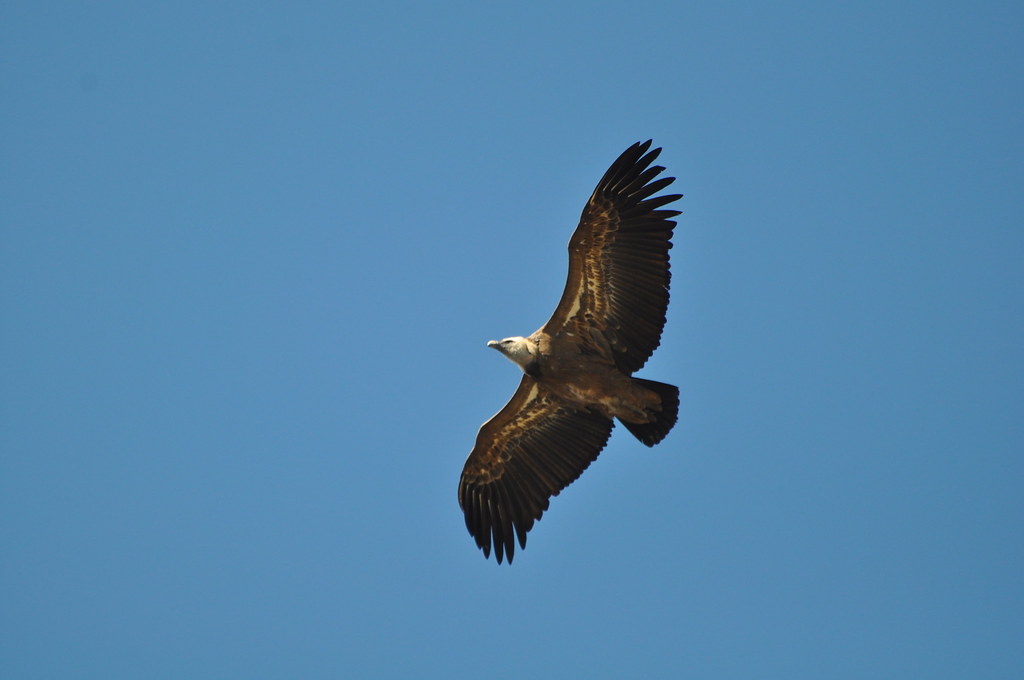 The back half of the day saw us driving east towards Fuente de Piedra, where we hoped to score some waterbirds and open country species in the late afternoon. The saline lagoon is an important resource for a wide variety of species, but the region is most famous for its huge breeding population of Greater Flamingos. The bulk of the birds were little more than a shimmering, pink smudge on the far shore, but a few dozen were stomping around in a pool adjacent to the entrance road. The evening light made the graceful birds positively glow, and it was great to see them well after all of the distant encounters on the trip.

Small groups of Jackdaws bounced back and forth between the visitor center’s roof and a nearby field, noisily calling to each other the whole time. A buffet of shorebirds probed the muddy edges of the water features, including Golden-plovers, Lapwings, snipes, and stilts. A pair each of Little Stint and Little Ringed Plover were nice, unexpected additions to my life list. Several types of waterfowl were also present, including a male and female Shelduck. Miriam had been hoping to reunite with the species, and seeing the birds in adult plumage was almost like seeing a new species all over again. 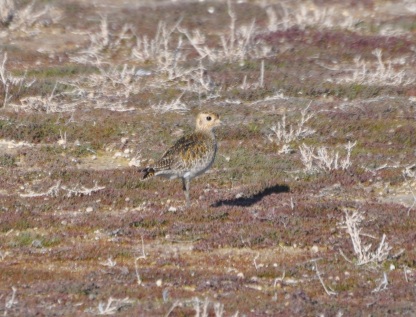 We managed to locate a solitary Pied Avocet further out the trail, much to my adventure buddy’s delight. The species had been on her wish list since she excitedly pointed out the “Fancy Avocet” during our first review of possible targets back in October. I’m of the opinion that all the members of the family Recurvirostridae are pretty snazzy birds, but I have to admit that this one was especially good-looking. 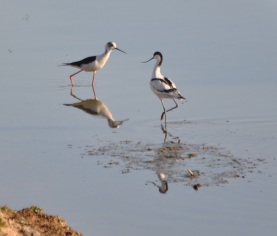 A close encounter with a cute and fearless baby rabbit and a variety of fluttering songbirds were the highlights of our long walk back along the lakeshore to the car park. We spent some time at sunset watching for the alleged local Little Owls, a common bird that we both strongly desired and somehow missed the entire vacation. A Common Sandpiper feeding at the edge of the flamingo puddle offered some compensation, and the flamingos themselves really looked impressive in the rapidly fading daylight. As nightfall approached, we hopped back in our vehicle and started off into the hills once again. 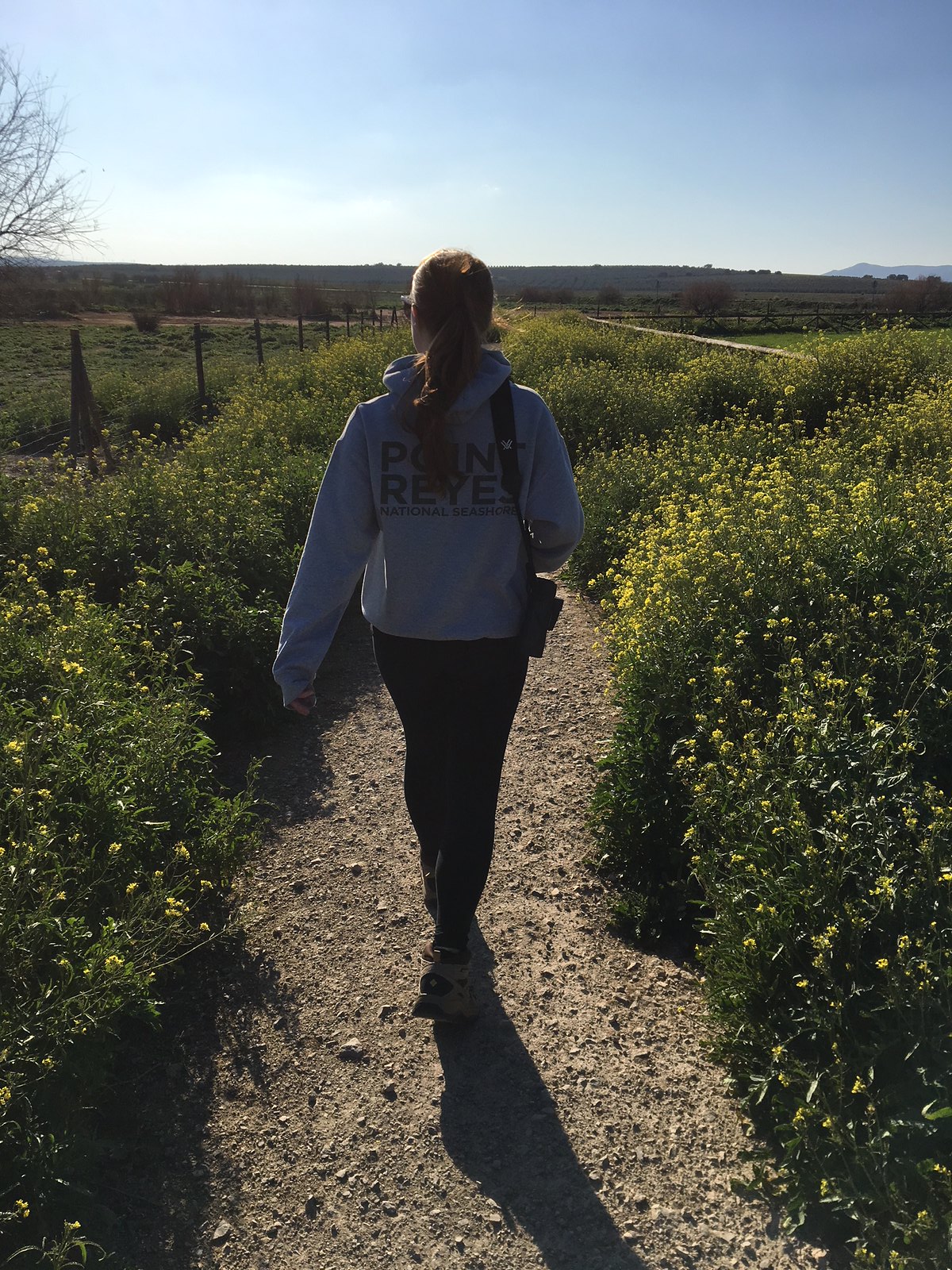 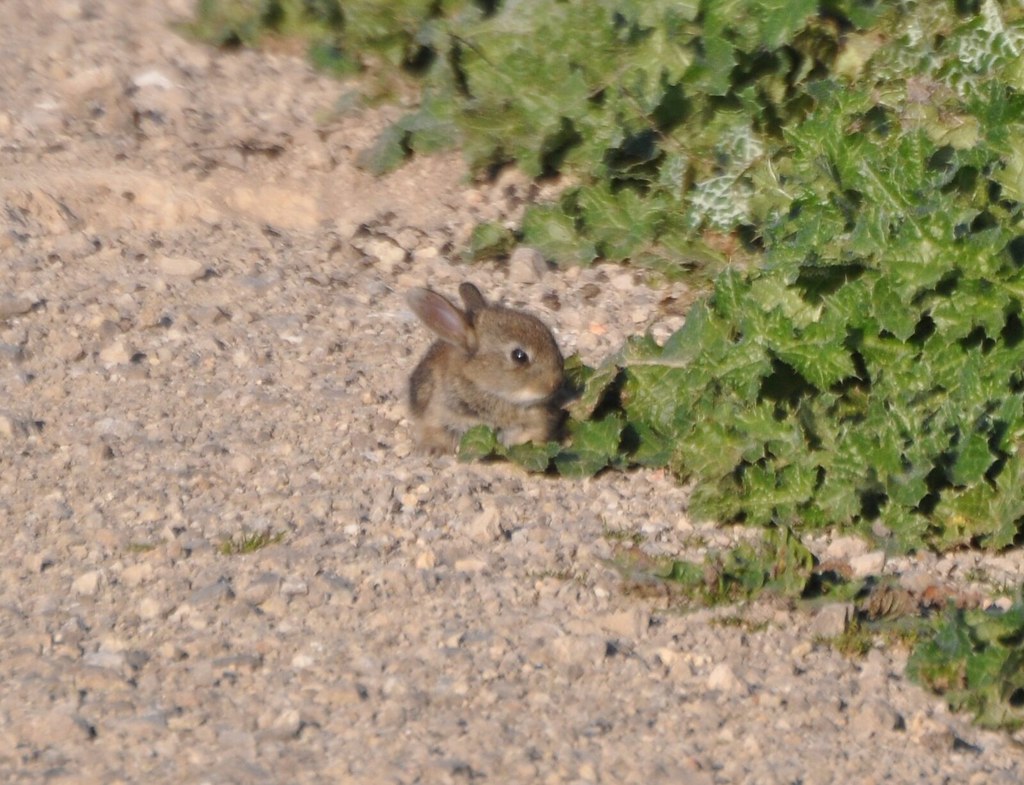 I was thankful that we left Fuente de Piedra when we did, because the winding road to Valle de Abdalajís was challenging enough even when I could see. The bed and breakfast we’d booked didn’t have any food available because we hadn’t warned them in advance of our arrival, but they were able to point us to an open restaurant just a short walk down the road. So much of our trip was spent on the move, that it was often difficult to find time to eat! Whenever we did, though, the meals were usually quite impressive. It’s hard to complain when you’re having too much fun to remember food, honestly!