New year, new list! A whole new cycle of natural events, a whole new suite of opportunities to enjoy the outdoors. 2016 was a busy year and a great success for wildlife watching, as I achieved the goals I set for myself in January by recording over 400 species before the end of December. This year, I have no specific, solidified travel plans laid out, so I really don’t even know where to begin in terms of resolutions and totals to strive for. I’m definitely taking things a bit more lightly, but I’m planning to schedule some adventures in the near future. Even if I’m taking the year listing a little less competitively, it’s still important for me to keep track of the creatures I encounter annually. This year, the Southern Nassau Christmas Bird Count on January 1st presented a great opportunity to start 2017 strong.

Unsurprisingly, I was assigned territory at Jones Beach. I arrived at the West End just as the coming sunrise began to color the horizon. I rolled down my window to snap a photo, and heard a harsh call from the bushes behind me. My very first bird of 2017: Northern Mockingbird. As conditions began to brighten, I could see a Mourning Dove, ducks, and gulls flying by as well. The crew of usuals arrived and I wished a Happy New Year to the Feustels, Taylor, and Pete before heading down to the shoreline with count-partner Brendan. 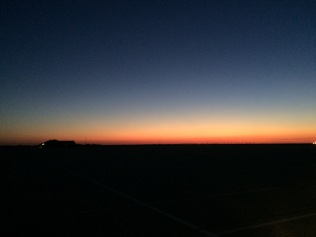 A spectrum of opportunities 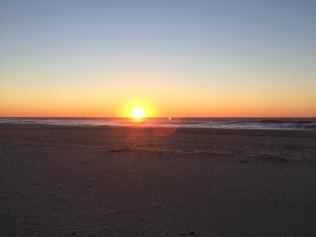 Scopes were set up at the terminus of the fisherman’s path, where we watched the morning flight of seabirds headed east. Red-throated Loons dominated the procession, with quite a few of their larger cousins showing as well. Gannets, Long-tails, mergansers, eiders, and scaup all passed by in some numbers throughout our vigil. Glimpses of Horned Grebe and White-winged Scoters kept things interesting, and we quickly picked up the three easy gulls. The sea was rough, and as we approached the jetty it became apparent that the waves pounding the rocks were sufficient to chase the specialty species elsewhere. No Purple Sandpipers, no Harlequin Ducks. Turning our attention to terrestrial birds, we moved towards the dunes. Sparrows, Yellow-rumps, and Snow Buntings were present in abundance, and we had to sift through the songbirds in search of less common visitors. The best that Brendan and I found was a small group of Lapland Longspurs hanging around with the Horned Larks. 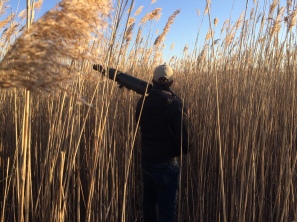 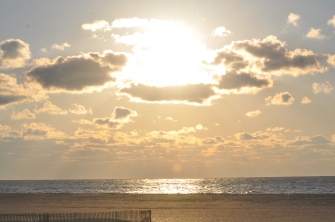 See the light as it shines on the sea

On January 1st, everything is a first! Even Canada Geese, Northern Cardinals, and the European trifecta are notable sightings when you haven’t seen them “all year.” We touched base with the Feustels at the median and Taylor and Pete at the lot before refocusing our efforts east of the nature center. We spent some time beating around a bush in search of an Audubon’s “Yellow-rumped” Warbler that the guys reported, hoping to pick up this soon-to-be-split species for the state. Alas, only its Myrtle cousins showed up, but we pressed on and rustled up a few more birds to add to our totals. While we were making our way eastward, we came across a high-flying flock of Snow Buntings. The birds floated like flurries overhead, swirling and swooping as silently as a snowstorm. I was awestruck by this surprise encounter, and I don’t think I’m out of line describing it as magical. 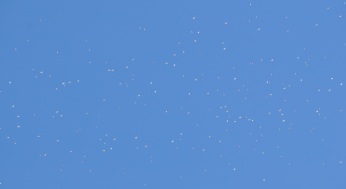 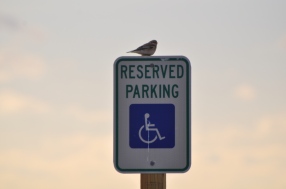 By midday, the bird activity at Jones was visibly slowing down. Brendan and I made an executive decision to ditch our turf and “poach” elsewhere within the count circle. We were not the only ones who took part in this time-honored tradition, and most folks prioritized the Black-headed Gull at Camman’s Pond. We picked up the gull without much trouble, ticking Monk Parakeet and both Night-Herons before continuing on. The next stop was Massapequa Preserve, where the lake hosted a surfeit of waterfowl that greatly enhanced our fresh year lists. Scores of Northern Pintail, a female Common Goldeneye, and some Common Mergansers were among the many highlights here. As the sun sank, we made one last stop at the north end of the preserve. No rails for us this year, but we did get some important forest birds including Winter Wren, woodpeckers, and the resident Eastern Screech-Owl before departing. 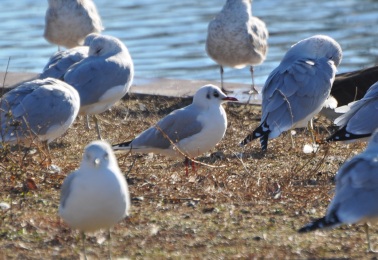 I gotta be me 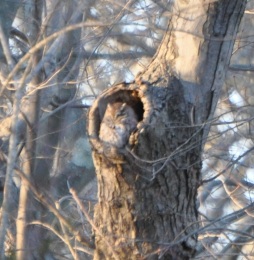 Waiting for the night

I dropped Brendan at the compilation dinner, where he reported to me after I left for the annual family holiday dinner. Apparently, this count turned out to be a great one! 140 species were reported from count day alone, and there were rarities to spare! In addition to the Audubon’s Warbler, folks reported Tricolored Heron, Yellow-breasted Chat, Sora, Eared Grebe, Canvasback, Ash-throated Flycatcher, and Northern Waterthrush among the unseasonal and unusual “write-in” species. My only contribution to the “write-ins” was a Wood Duck we saw flying over the dunes, one of several for the count. Executive decisions were also made to count the Red-headed Woodpecker, Cackling Goose, and long-staying Pink-footed Goose at Hendrickson Park as well, even though the status this territory in our count circle is a long story. A great showing by everyone who turned out to count birds, and it was a blast being out there.

January 2nd, on the other hand, was less noteworthy. I began the day with grand designs, driving out to Suffolk in the hopes of completing a one-day, eight-species goose sweep. I stopped first at Lake Ronkonkoma and scoped a pair of reported Tundra Swans, and I quickly got a Snow Goose when I arrived at Pinelawn Memorial Park. Unfortunately, the weather took a turn around mid-morning, with freezing rain putting an early damper on the day. The Barnacle and Ross’s Geese failed to show there or at the surrounding feeding sites while I was present, though I found out that they were rediscovered shortly after I left. The numbers waterfowl on Lake Capri, which should’ve added some good year birds, were greatly reduced, and the flock of Canadas at Robert Moses was absent two Ross’s Geese. Tobay was quiet, and Jones showed no sign of the Snowy I had seen on December 31st. Even the Hendrickson geese, which were reported present in the morning, left the lake when the rain began. The cooperative Red-headed Woodpecker was one of only about a dozen year birds I scored on this miserable, wet, cold day. Somehow I felt like I put in more effort.

The only goose of note

Even at its worst, birding is fun. I still made a dash out in the evening when a potential rarity report came in from Kissena Park, and even though it proved to be a common species with some genuinely unusual coloring I was happy to see more familiar birders on scene. On the 3rd, my first day back to work, I stopped by Hendrickson after sunset just to try my luck. The lake was barely illuminated by the streetlamps, but among the sleepy geese floating on the water I could see one individual with a white line on each side and a brown head tucked behind a wing. I couldn’t help but smile as I mentally added Pink-footed Goose to my 2017 year list, a full two months after Dad first stumbled upon it. I briefly saw it lift its head and swim around as I was heading out of the park to go home. Happy New Year, goose. There’s plenty of excitement still to come!

7 Responses to Here I Go Again